Community website implementation to include the WordPress CMS along with a design of the website structure and layout.

Laurelhurst Community Club, founded in 1920, is a nonprofit organization residing in Seattle, Washington that identifies and addresses community problems within the Laurelhurst neighborhood. The club focuses on improving the community by communicating these issues and working with different levels of government to solve them. Some current concerns of the club include the Talaris property and the Seattle Children’s Hospital expansion.

With an increase in use of digital technologies, the website for Laurelhurst Community Club, which had not been updated since its first release, could not meet standards for effective communication. This issue became more prominent as the neighborhood population continues to increase in its diversity and as digital technologies continue to evolve. The goal of the website redesign is so board members can easily manage, update, and promote information about community happenings, along with providing a simple, accessible, and intuitive design which enables residents of the Laurelhurst community to have positive and intuitive interactions with the club.

How can the Laurelhurst Community Club manage their website more effectively while providing information to their members in an intuitive manner?

Serving over 2,800 households and businesses in the neighborhood, the club regularly communicates to the community through their website as well as email subscriptions and a semi-monthly published newsletter known as the Laurelhurst Letter. Board members also meet on a monthly basis with residents to address and discuss issues concerning the neighborhood. 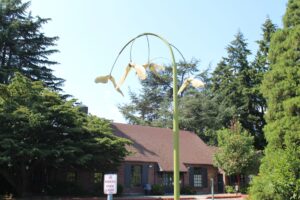 With the website needing to satisfy multiple users, each website expectation was organized under three groups that are considered to be regular users of the previous website. Understanding the expected goals of the website’s users helped bring a better perspective of the kinds of information hierarchy that would provide improvement to user flow while retaining user interest.

Board of Trustee Members

Website management should be manageable at any skill level.
Interviewing the webmaster gave my team an insight of the technical challenges faced when adding Club announcements, events, or updates to their current website. In order for the Club to effectively communicate information, website management must be intuitive and understandable.
Information needs to be readily accessible to all potential and regular users.
This pertains to the website’s need for visibility. For any resident to complete their tasks on the website in a timely manner, content and pages need to be organized and displayed so that users can find information easily.
Simplified site navigation allows for more intuitive use.
The amount of functionality needed for the Club’s website is minimal considering the regular users. To reflect this, a simplified navigation will allow users to not be overwhelmed by various tasks.

To make management of the website more effective, my team decided to work with WordPress to provide the Club with easier maintainability after the design’s completion and implementation.

Having the website become more navigable, we reduced the content onto five main pages: Home, About, Projects & Issues, Newsletters, and Community Resources, with the relevant content being present within or through those pages. 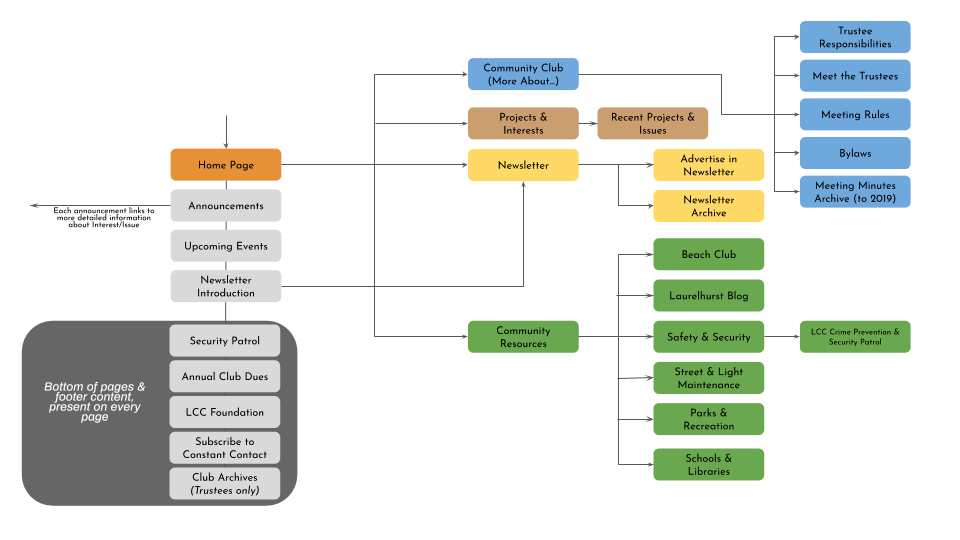 Since the website will be accessed through many different platforms, my team made sure that the website layout was emphasized in its design to ensure good website functionality as we progressed from paper to digital prototypes.
Previous
Next

Installing WordPress onto the club’s hosting service, the goals that my team and I wanted to ensure was easy maintainability and functionality on top of a visually pleasing website. With some reiterations of the design, about 25 new pages were designed and implemented in total.

Reflection - So What Did I Learn?

At the end of the day, website maintainability should have the highest priority.
One of the things that I had to keep in mind as website developer and designer is that the website would be handed to the club upon completion. That meant as a team we had to ensure all the tasks being done to build the website would also be possible for Club members to do as well. A good design requires good maintainability.
Having client oversight helped bring the design to reality.
Working directly with the Club during the design and implementation phases helped Amelia and I a lot. The Club not only got to see what the product looked like during its development, but also they got to provide feedback that was essential for us to design a website that would be most effective to use upon handoff.